Joanna Kerynia is the 2022 Newcastle Open Champion after defeating Australian Open holder Ken Vaughan in the tournament held at Club Charlestown on Sunday, September 11th. 22 players entered the first live Open in 3 years after Covid forced the event online in 20 and 21 with participants coming from Queensland, the ACT and a couple from Sydney to join the local contingent. 6 Round robin groups (4 x 4 and 2 x 3) decided who would go through to the knockout top 8 Final. The 6 winners plus 2 of the second placed players, drawn from a hat, made up the 8. The Final group comprised of Simon Woodhead, Michelle Taubman, Ken Vaughan, Alex Ivanovski, Mick Dyett, Joanna Kerynia, Dave Bower and Alan Cathcart. The semis came down to two Queensland vs Newcastle matches with Joanna getting by Alan and Ken defeating Simon. The final got to 5-5 which ended up being double match point as the cube reached 4 for Joanna to take the major end of the prize. The Consolation event, for those who didn’t reach the main Final, went to ANZBGF President Greg Ash of the ACT over Newcastle’s Gerhardt Macor 7/6. Thanks to all who made their way to Newcastle for the event, to the management and staff of Club Charlestown for hosting the tournament and to NBC Secretary Sharne Dyett and Treasurer Michelle Taubman for their assistance. 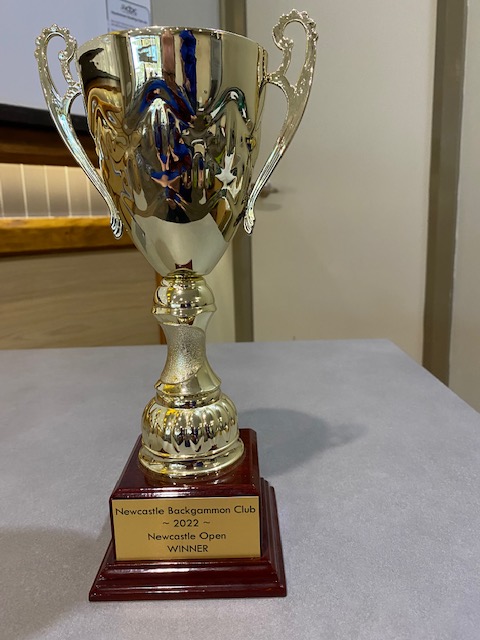 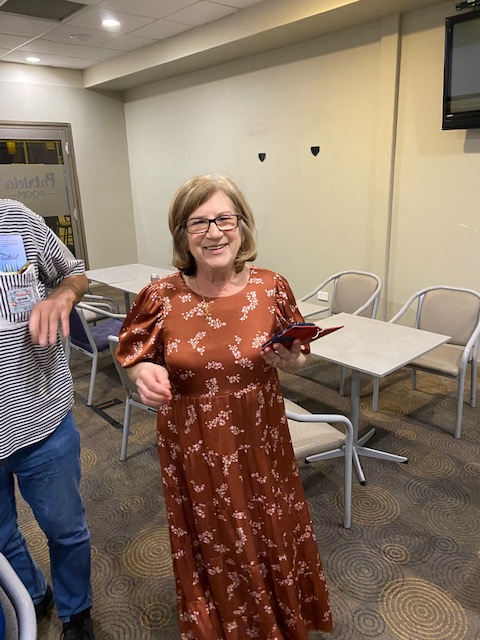 2021 "The Newy" Open Tournament
Played on the Internet
September 2021

Congratulations to Mick Dyett on winning the 2021 Newy Open Online Tournament 21-9 over Mehmet Tuglu. The Final was a bit closer than the score suggests but was still a comprehensive win to Mick with the rub of the dice. Mick wins the 2021 Newy Trophy as well as a place on the NBC Honour Roll and a place in any events we can schedule with NEBA in the UK. This year we had 50 entries, double last year and some internationals from Romania, England and New Zealand. In a change from last year it was a straight knockout with no re-entry. 50 players meant that there were 14 first round byes. Matches were played in very good time by all, seeing the tournament finish ahead of time that was scheduled for it. -- Regards Robert Disney

2020 "The Newy" Open Tournament
Playing on the Internet
October 2020

Entry: FREE!! therefore FREE!! of prize money as well. Glory, an entry on the Newcastle Club Hall of Fame and the chance to play in the Newcastle Champion of Champions tournament next year against players from the NEBA club in the UK are the awards for the winner.

The initial draw will be contingent on the order in which entries are received via the time on your email. Therefore the earlier you enter the more chance you have at any first round bye. eg: if your entry is the 6th received your grid position will be number 6 on the draw sheet. This position will be notified to you via an entry confirmation email.As I have no idea how many entries are likely, the tournament director (me) reserves position 13 which may or may not be a first round bye position.

Matches may be played on any platform by agreement but Backgammon Galaxy will be the default where there is no other mutual site. There will be 4 days to complete each match. Matches will be forwarded as they become available with an expected completion date for that particular match.

Congrats to Tom Chrysostomou (ACT) on winning the final of The Newy from the Fighter's bracket 9-8, 9-7 over Robert Disney (Newcastle).

Thank you again to everyone who joined and played and good luck to all in your next events.

Tom now wins the kudos of having his name on the Newcastle Hall of Fame list and the opportunity, should he want it, of playing in the Newcastle Champion of Champions next year, if it can be held, against players from NEBA in the UK